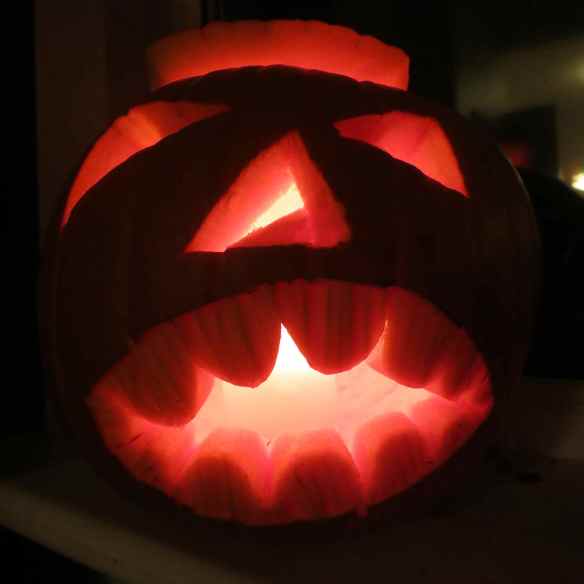 There are three things that i’m doing differently this year…

1) Buying pumpkins early so I can actually do some pumpkin carving on the actual day rather than running around like a headless chicken trying to find the large orange balls of goodness, from shops which have long sold out!

2) Teeth and ‘advanced’ carving: well, advanced for me anyway! I used a craft knife to slice off the outer orange layer to reveal the whiter areas underneath and also the teeth lines looked quite good.

3) We’re going to really try to use the pumpkin after Halloween for cooking, such as crisps, soups, chips, chutney, juicing even. I’ve lost track of the number of pumpkins i’ve seen around the town which are just rotting and dead outside people’s houses. 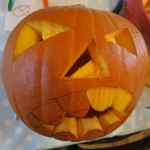 We managed to get 3 very pale and small pumpkins from the allotment! Not sure what happened there, whether it was the very damp season with limited light or the variety?! In preparation for the carving I stuck post it note faces on the little guys, which the boys loved – Jac especially liked that!

So, it turned out well and I now have two large bowls of pumpkin pieces for the freezer and can’t wait to start experimenting : )